We are so exited to announce that SPES is up for consideration to the Grammys this year! Our newest album can be nominated in the following categories: Surround Sound, Choral Performance and Classical Engineering.

Cantus, under the direction of conductor Tove Ramlo-Ystad, and in collaboration with composer and musician Frode Fjellheim, explores the meeting between the mainstream western sacred choral music and traditonal Sami music, a new and little-known musical world.

The producer of SPES, Morten Lindberg and his highly esteemed label 2L have been nominated for Grammys no less than twenty times. Spes is a musical project which combines the best of sound technique and vocal techniques.

“The collaboration with Cantus has been very interesting. The ensemble has performed at their best and they deliver music on an extremely high level. Spes is definitely an album to look out for”  -Morten Lindberg.

Sorrow, joy and vulnerability are just some of the emotions you will encounter as you listen to the album. Through a variety of sounds and musical forms – some familiar, others scarcely known – Cantus challenge themselves and their audience with a repertoire which, while being striking in its variety, is united in one theme: its expression of hope.

“Emboldened, no doubt, by the phenomenal success of Disney’s Frozen (which featured Frode Fjellheim’s evocative Vuelie, a version of which concludes this disc), the composer and all-female choir Cantus reunite for this beguiling conflation of western sacred music and the traditional Sami songs of the Lapp of northern Scandinavia. […] More, please!” – Michael Quinn, Choir & Organ, Sept-Oct 2015. 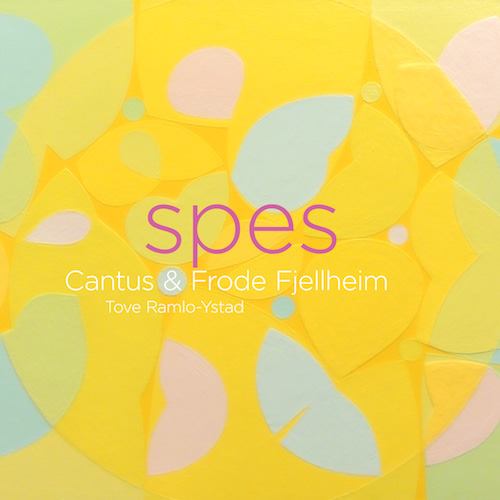